This book is based on a true story.

Whistleblower in Paris is a truly extraordinary read. It features a loving father deprived all contact with his precious daughters in retaliation for the exposure of serious misconduct in divorce and family courts. Such misconduct is universally concealed simply because it would counter the high regard with which our third branch of government is held.

However there is nothing in our laws which accords one branch superiority over another. Indeed this would violate the balance of powers established by the founders of this republic. It would invite a form of tyranny that is foreign to our democratic system. In this book, stark examples are provided to show the wisdom behind the checks and balances we take for granted.

You may be a victim and not even know it. To alert you to this possibility, you can learn how more than 40 trial level jurists were removed from this author’s originally uncontested divorce due to systemic bias. It arose from his decades as a human rights attorney in cases involving government abuse. Some are revealed here. But when that abuse was exposed in our courts, the retributions were unconscionable, prompting this whistleblower to seek asylum in Paris. 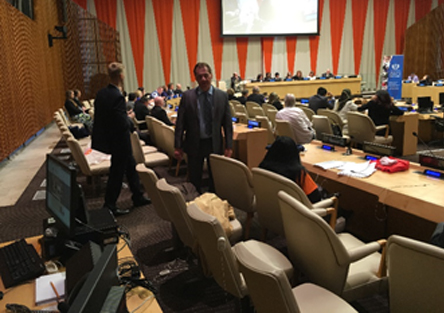 Leon Koziol at a human rights conference at the United Nations

The exposed misconduct was not minor. The author’s custody judge, for example, was permanently barred from the family court bench after admitting to sexual abuse of his handicapped, five-year old niece. The judge who replaced him was forced to resign after a judicial commission found that he had sexually harassed his court clerks. A third was suspended as an attorney for theft of client monies. And another was publicly censured for racist remarks and violent threats from the bench.

Unfortunately the reform message is scattered with victims too intimidated to demand accountability. That is why this book has become so vital. If it can be circulated by social and secondary media or the old fashioned way, change can be realized. It’s how our government is supposed to work. So don’t let the hard work of this whistleblower flicker out. Let not his sacrifices be in vain.