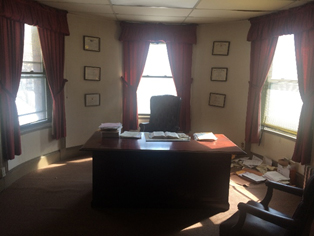 An accomplished civil rights lawyer, I was naturally drawn to challenge the heartless seizure of children in our third branch of government. That’s the better description of divorce court. Family court was its evil child where the real carnage occurred. After a two year separation without incident, everything was promising for my daughters. That’s when an invasion was launched by judges and lawyers anxious to conquer my world in a parenting environment they did not belong.

The obsession to fix something that needed no fixing was enough to cause a permanent and devastating separation from my precious girls. It was an ordeal that could have been prevented had someone found the courage and commitment to reform this child custody system long ago. When Alec Baldwin published his 2008 book, A Promise to Ourselves, his goal was to reform this system. But as quickly as he entered the fray, he abandoned the movement altogether.

For a whistleblower, it was a disillusioning exit because he crushed the hopes of divorce victims who shared a similar vision but lacked his star power. In the years since, courts have continued to exploit a feudal doctrine known as parens patriae to control and program countless children. Parents have been separated from their offspring through mandatory custody classifications that pit moms against dads, parents against the state, to maximize lawyer fees and incentive grants.

These are only some of the motivations behind this book. As the author, I obtain a few dollars in royalties for each paperback sale and only pocket change for an e-book. It is easy to verify, therefore, that profit formed no part of all the hard work that went into its publication. You can educate yourself to this epidemic through this book or continue to feed into the system at many times its cost. An excerpt from Chapter 10, pg. 147 (Shark Attack) provides a colorful metaphor:

These were not courts of law, they were shark tanks. Wherever family issues could be concocted, there you’d see the feeding frenzy. In all my years on both sides of this tank I could never understand how so many intelligent parents could plunge headlong into these unholy waters only to fall victim over and over again. Even my reform allies continued to pay into this system. 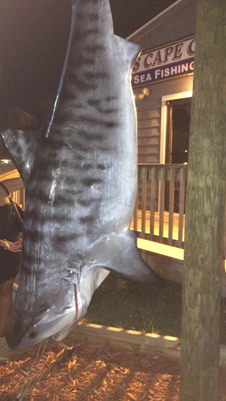 They were the mammals of Seal Island waddling into the treacherous waters off South Africa, endeavoring to cross False Bay only to be scarfed up by great whites. But these court predators were nothing like the impressive sharks, they were more like the mangy buzzards of a dried-up swamp plucking away at a carcass known as divorce.

Such were the ugly thoughts cast to the wind behind me as I passed gas along with it while racing to a destiny I could never have imagined when passing my bar exam so many years ago. And I suppose that’s what made this whole ordeal so exciting in a sick sort of way. I could not envision where the next turn on my fateful journey might take me. Only months ago I was being threatened with contempt in snow country. Today I was riding aimlessly in a tropical paradise.

At the conclusion of Chapter 1, the book’s mission is well summarized:

One useful way to relate my crusade is by quoting the late New York Senate Leader Joseph Bruno from his book, Keep Swinging.

As one of the few survivors of federal criminal prosecutions against prominent state lawmakers, Joe chronicled thirty years of corruption, dysfunction, and budget impasses during his long tenure. These prosecutions cost state taxpayers many millions of dollars, demonstrating how politicians will spare no amount of other people’s money to destroy an adversary. Here is what Joe concluded before his conviction was set aside due to intervening Supreme Court precedent:

You’d get no argument from me that the New York State Senate and Assembly were in dire need of ethics reform. Yet if the citizens… ever got around to demanding those changes, it would behoove the people to pay special attention to the behavior of prosecutors and judges who cared more about making a splash in the media than they did about justice.

Well this book is about justice and that “special attention” from our citizenry, a collection of shocking stories which reduced a prominent lawyer and model parent into a bankrupt fugitive. It explains why Joe suffered as he did in court after remaining oblivious to all those citizens who complained before the very commissions he helped create. It details the potential consequences for those who truly care about abused children and seriously act to reform our courts.

It is also a story of love and devotion. You can send a man across the world, and he’ll sacrifice his life in the war on terrorism. Cultivate violence through draconian laws or false charges, still he’ll risk himself in the name of public safety. You can even revive debtor prisons under pretext of child support, and he’ll do his time under protest. But never come between a daddy and his little girls. Even when they’re ninety years of age, he’s building mansions for them in heaven.